James Bond sets out to stop a media mogul’s plan to induce war between China and the UK in order to obtain exclusive global media coverage.

Get More From IMDb

For an enhanced browsing experience, get the IMDb app on your smartphone or tablet.

One of the standard received ideas of film criticism is to say that sequels are almost never as good as the original film. (There are also a few standard exceptions to this rule, such as ‘The Godfather Part 2’ and the second and third parts of the ‘Lord of the Rings’ trilogy). Subject to these exceptions, however, there seems to be a law of diminishing returns to the effect that the more sequels a franchise spawns, the worse they become. The Bond films, however, seem to me to provide the most striking exception to this principle. The franchise started with ‘Dr No’ in the early sixties, and ‘Tomorrow Never Dies’ amounts to ‘James Bond XVIII’, or ‘James Bond XIX’ if one includes ‘Never Say Never Again’ in the total. Despite this, one can watch the latest offerings with as much pleasure as the original Sean Connery films from the sixties and seventies.

The Bond films are highly formulaic. They typically start with an action sequence before the opening credits that has little or nothing to do with the film that is to follow. The main story will involve Bond thwarting a dastardly plot by some megalomaniac bent on world domination. It will always involve at least one extended chase sequence, and possibly two or more. The main character, apart from Bond and the villain, will always be a beautiful young woman who helps Bond in his quest and who will end up by falling for him. There will always be at least one other beautiful girl, either as a secondary heroine or as a villainess. The villain will always have a small army of henchmen ready to do battle on his behalf. The story will always end with a shoot-out, normally in the villain’s headquarters, in which Bond manages to avert the threatened disaster at the last minute.

‘Tomorrow Never Dies’ contains all these formulaic elements. It is, nevertheless, in my view one of the better entries in the Bond canon, for a number of reasons beyond the fact that Pierce Brosnan is the best Bond since Connery. These can be summarised as follows:-

1. The Villain. Jonathan Pryce plays Elliott Carver, a newspaper and media tycoon intent on whipping up a war between Britain and China. The reason is to facilitate the accession to power of his ally, a renegade Chinese general who has promised to give his organisation exclusive broadcasting rights in China. Bond villains have always provided scope for some splendidly over-the-top displays of acting, going back to Lotte Lenya’s Rosa Klebb and Gert Frobe’s Goldfinger. Although Pryce’s Carver is more restrained than some, it falls within this tradition. At first sight the silver-haired bespectacled Carver seems mild-mannered and soft spoken, but soon reveals the raving megalomania which is the hallmark of the Bond villain. Particularly noteworthy is the speech where Carver states his ambitions as being ‘power’ and ‘world domination’. Although he puts a liberal, metaphorical interpretation on these two concepts, the audience is left in no doubt that he means what he says quite literally. There is also a good performance from Gotz Otto as Carver’s brutal German henchman, Stamper.

2. The Girl. Admittedly, Teri Hatcher is rather wasted as the secondary Bond girl Paris Carver, Elliott’s wife and a former girlfriend of Bond. Michelle Yeoh, however, is superb as the main female lead, the Chinese secret agent Wai Lin. (That’s how it’s spelled, although the pronunciation used in the film suggests that the name should actually be transliterated as Wei Lin). Apart from Michelle’s striking looks, she is also an accomplished martial arts performer, and her skills are put to good use in this film. (Part of a trend of giving Bond girls a more active role, in contrast to the earlier films in the series where they were required to do little other than look decorative.) 3. The Chase Sequence. The main one, in which Bond and Wai Lin escape on a motorbike through the streets of Hanoi from the villains in a helicopter, is excellent. 4. The Opening Sequence. As usual, this has little to do with the main plot line. It does, however, fit in with a growing tendency in the Bond films, that of mocking or undermining the militaristic, macho values which the series was once accused of promoting. This film introduces a new comic character, the gung-ho, blustering Admiral Roebuck, a sort of naval equivalent of Colonel Blimp, who clashes with the more liberal ‘M’, the female chief of the British Secret Service. (I was interested to learn that the actors who play them, Geoffrey Palmer and Judi Dench, are husband and wife in real life). In the opening sequence, Bond narrowly prevents Roebuck’s blundering attempt to bomb a gathering of international terrorists from setting off a nuclear explosion. The more active roles for female characters are also part of the trend towards a politically correct Bond, as is, perhaps, his remark that smoking is a ‘filthy habit’. (The earlier films were often criticised for glamorising the habit by making Bond himself a smoker).

As with all the Bond films, one can probably pull holes in the plot of ‘Tomorrow Never Dies’. (The scene where Carver sinks a British warship by cutting a hole in the side with what looks like a giant chainsaw struck me as particularly implausible. What’s wrong with a torpedo?) Nevertheless, the Bond films are not meant to be works of social realism and unlike, say, the novels of John Le Carre, have never purported to give an accurate picture of life in the British Secret Service. ‘Tomorrow Never Dies’ is a good example of what the Bond films have always been- superior escapist entertainment. 7/10 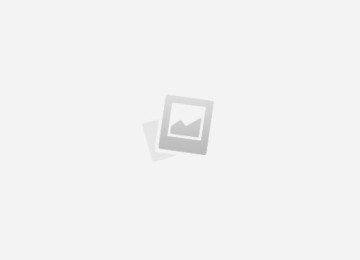